Adventures of the Taiwan 6

This was School of Arts & Social Sciences' (SASS) first study trip to Taiwan which is aimed at fostering long-term and reciprocal intercultural exchanges between 14 Taiwanese and six Malaysian students from the National ILan University, Yilan, Taiwan and Monash University Malaysia.

It should be noted that the uniqueness surrounding this trip was that previous SASS study trips were limited to the borders of South East Asia and that they were not reciprocal in nature.

This 10-16 December 2017 trip was made possible by the sponsored funding of the Taiwan government’s Southbound Policy. The policy is an initiative by the Government of Taiwan to enhance cooperation and exchanges between Taiwan and 18 countries South East Asian countries, Malaysia being earmarked as a major destination.

The flight was about 4.5 hours, and after arrival in Taiwan Taoyuan International Airport we were warmly greeted by our Taiwanese counterparts by an enormous banner! To sum it up, it seemed we were caught unprepared by their overwhelming enthusiasm. This enthusiasm of our counterparts had erased all memory of tiredness and the lack of sleep, we were quick to get to know one another. Throughout the trip we would be accompanied by our paired buddies and escorted everywhere we went.

Arriving without any expectations, we landed to a cool afternoon temperature of about 20C, however soon it had become clear that throughout our stay there would be sudden periods of rain accompanied with strong breezes of wind (Heads up to anyone who’s travelling to Taiwan for the first time).

Our B&B was located in the city of Yilan, a 1.5-hour bus ride from Taipei. The following morning, we attended the official welcoming orientation at the National Ilan University where we, six Monashians a.k.a. the Taiwan 6, were acquainted with our counterparts and our one-week itinerary. Our itinerary was a mix of travelling to cultural sites, exploring Taiwan and attending gender-focused lectures held at Ilan University. 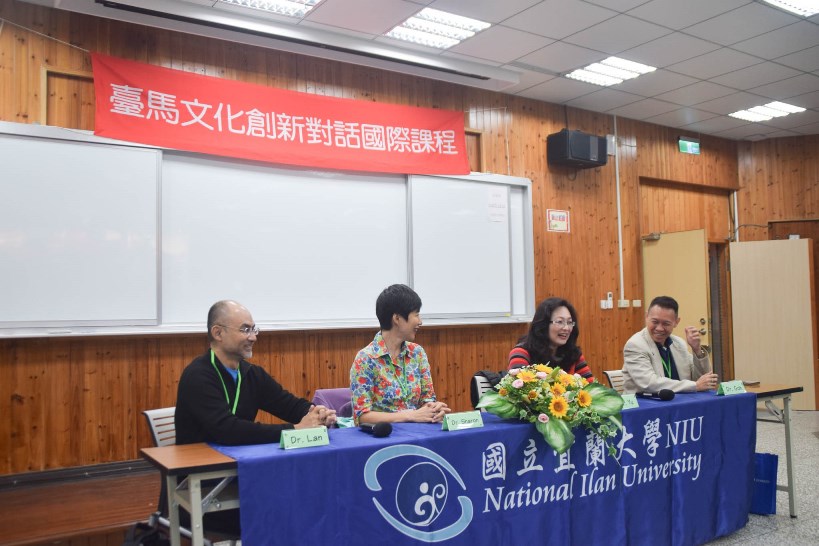 After the introductory session, the Taiwan 6 were caught off guard with a spontaneous request to give a presentation on Manglish (Malaysian–English). All of us being fluent in colloquial Malaysian English managed to put a presentation together in less than no time, with demonstrations of Manglish pronunciations and their practical uses were part of the intercultural and inter-campus curriculum.

The fearless Taiwan 6 (Alicia Ng, Muhamad Zubair, Tam Xueh Wei in the foreground with Paul Tiong
and Ng Jia Yi at the podium) – armed with nothing but quick wits and a Monash education Soon after, we were rewarded with a short Chinese language lesson. We were briefed on how Chinese characters were essentially pictures of the subjects they represent. We also learned the importance of the pronunciation components, that if a different tone was used even though they sounded the same a different meaning would surface. Below are some of the Chinese characters that we had a try at drawing according to their respective subjects. 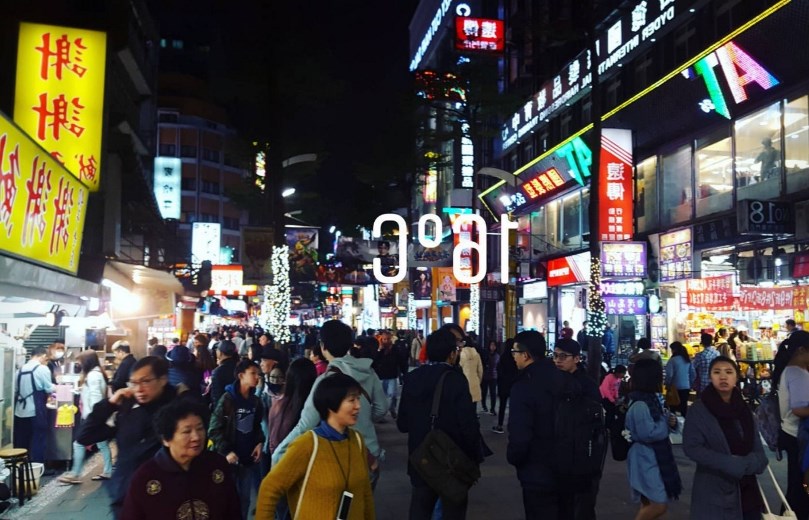 When visited Lutong night market. It was clear from the start that the whole crew were all looking forward to the night market experience Taiwan is famed for!

With a little research, night market culture in Taiwan possesses a historical origin to Taoist festivals. Dated centuries ago, it was where festivals were held that vendors came and sold their goods to the lower and middle classes. It would soon be that artisans, and other traders joined to form what would become the ‘night market’. Fried chicken, dumplings, sausages, oyster omelettes, stinky tofu, and pearl milk tea—all the classics were enjoyed during our time in Taiwan!

Some of the yummy delights we had throughout - collectively there was an uncountable number
of pictures we took of Taiwanese food!

Throughout our trip we would be attending talks by lecturers from both Monash & NIU. For most of the talks we collectively attended, we would all be involved with facilitating dialogue between our assigned groups, and this would usually consist of one Malaysian student to two to three Taiwanese students.

Bong giving a lecture on “To marry or not to marry: The law and sexuality rights in Malaysia”
Goh’s lecture was titled “Theorising the Sexual Wrongdoing and Ethics of Malaysian Gay Men”

Visiting Lan-yang museum - the entire place seemed more like a heritage site where apart
from the museum there were smaller outlets that focused on specific cultural artifacts,
such as tea and traditional artwork. 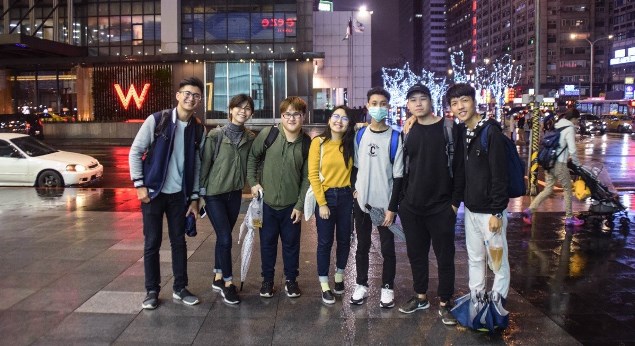 Some of the Taiwan 6 accompanied by Taiwanese for a short trip to Taipei mid-week. 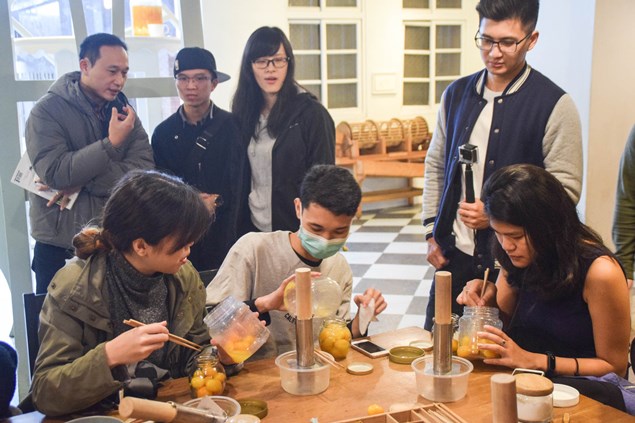 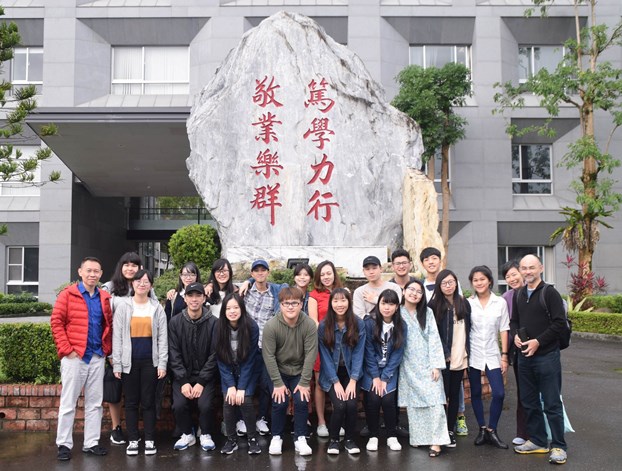 On the final day, we visited the Awakening Foundation, a women’s rights NGO and also had the opportunity to explore the National Palace Museum in Taipei with our respective groups. Even within the chaos of ample Chinese tourists, we found appreciation for Taiwanese history and culture from its rich exhibitions. This location is a definite must-visit if one were to head to Taiwan!

To conclude this travelog, travelling together from Malaysia to Taiwan meeting students and people from different cultures all walking but the same journey of life has made this an invaluable experience for the Taiwan 6.

A special note of appreciation: it has to be said that the Taiwanese students and lecturers who accompanied us had been nothing short of being thoughtful, caring, accommodative and lastly, true hosts. 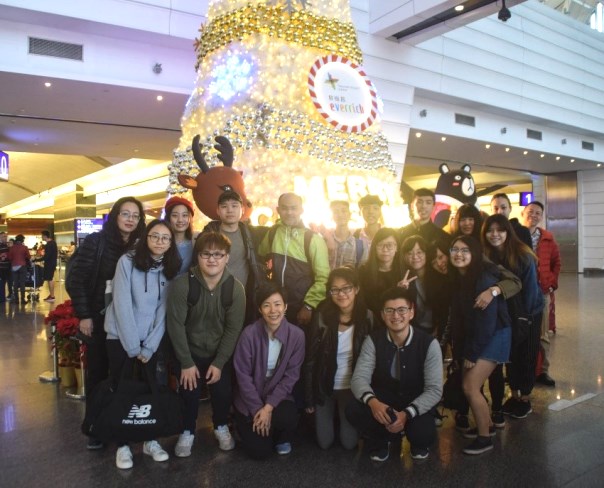 Photo of the entire crew (Malaysian + Taiwanese) before returning to Malaysia