A passion for writing 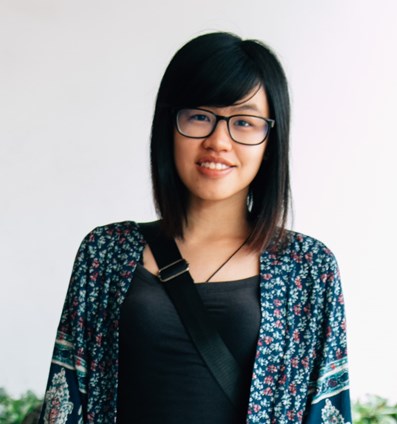 In the School of Arts of Social Sciences at Monash Malaysia, several fields of study are available from which a student can choose as a major. To have a major, a student must complete eight subjects (or units) across three years specific to the major, one of which is writing. Chin Yi Tong, a final year student at the School of Arts and Social Sciences, Monash University Malaysia shares.

I was already in the habit of writing short stories and poems in school, so I was immediately attracted to the writing major offered at Monash when deciding what to study at a university. To my surprise, it turned out to be quite different from what I initially thought – ie that it would involve lots of creative writing in practice.

For example, the first-year units, which serve as foundation for the major, are more focused on academic writing, including how to construct a properly annotated bibliography, conduct a literature review among others. I was also introduced to a broad range of texts and conventions in writing related to them. The second-year, and more difficult units, on the other hand, are more concerned about theories of writing (especially literary theories) and their application to literary works.  The units, as such, are largely literature-based and emphasise writings within the postcolonial and postmodern genres, primarily because they often foreground formal or technical characteristics in very interesting ways. Finally, it is in the third-year units that we actually engage with the creative writing process and experiment on our own compositions with the ideas learned in the previous year.

If I had my reservations about the major in my first and second years because the units did not fit my uninformed expectations, in hindsight, I am glad of this fact as I can now see how necessary they were in building a strong foundation by providing us with an understanding of the craft of writing and why reading is imperative to good writing.

Studying contemporary literature in the second year also helped me appreciate how prominent authors used writing devices in innovative ways to tell their stories more effectively – an appreciation that subsequently encouraged me to experiment in my own writings in the third year practical units. For example, in the second-year unit, Contemporary Fiction, I came across several literary devices that I did not know before, such as the unreliable narrator and non-linear story-telling, both of which I later incorporated in my own work in my third-year unit, Writing Experiments. By experimenting, I am compelled to write outside my comfort zone as I explored other formal options to construct my narrative that often do not conform to traditional writing guidelines.

On the other hand, the unit Postcolonial and Diasporic Literature, for example, gave me insights into how people of other cultures struggle with the universal questions of identity and belonging in a contemporary world informed by a history of colonialism and racism.

The things I have learned in the last three years at the university pursuing a major in writing for my bachelor’s degree are essential, both at a personal and future professional level.

In today’s world where most large multinational companies have their own media offices, there is now a demand for skilled and sensitive writers. While the fast changing technology of our time has certainly made writing quicker and with wider-reaching implications, it can never replace the process’s most important factor: the writer, particularly one who is able to write across media and for a range of audiences.