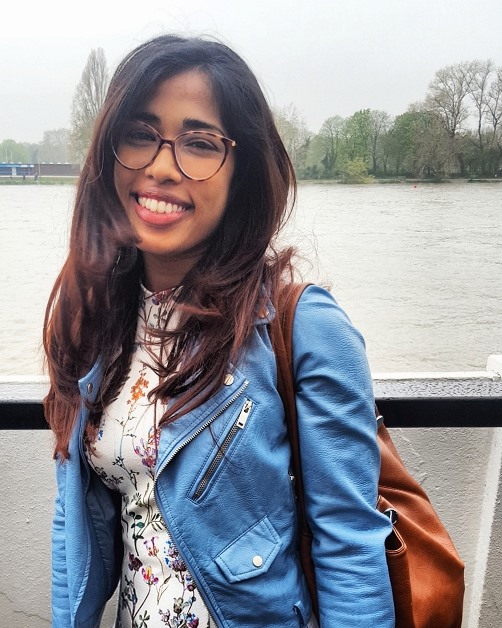 Can a shampoo company tap into the spirit of Women’s Day? A global brand recently released an interesting series of advertisements titled Braids of Strength, which seek to dismantle sexist stereotypes and celebrate women for their resilience.

Helen Jambunathan, an analyst for a London-based consumer insights consultancy shared: "Looking at how such campaigns are put together is a part of my job. Screen Studies and the other arts disciplines I studied at Monash University Malaysia have an important role to play in what I do at work every day. They help me unpack how narratives are constructed, how brands can lean into certain themes to emotionally engage consumers, and how wider cultural contexts affect how people understand advertising."

Take the shampoo advertisements, for instance. Though it might seem like haircare and empowerment have nothing to do with each other, both clips have racked up over a million views online, proving they resonate well with consumers. Much of that is down to how well the messages in them are framed.

A spot featuring a national artistic gymnast who famously overcame online abuse and career-threatening injuries to bag gold medals at the Southeast Asian Games is particularly rich with meaning. At the start, we are presented with a statistic that subtly informs us of the context - by the age of 14, girls drop out of sports at twice the rate boys do. Perseverance in the face of adversity is thus set up as the overarching theme.

Content-wise, the advertisement communicates the ideas of resilience and perseverance through the metaphor of the braid. Close-ups of the gymnast’s hair being braided are interspersed with shots of her working hard and competing through thick and thin. The braiding progresses with her story and when we finally see her triumphant at the end, it is with a finished braid. The linkage of the braiding with her success is made clear by the video editing, and cleverly carries the theme throughout the clip.

The way in which the advertisement is stitched together also illustrates the theme of perseverance. It begins by moving quickly between frames of her training, footage from competitions, the braiding of her hair, and scans of her injuries. If the rapid changes feel jarring and overwhelming, it’s because they’re supposed to - complementing the challenging sequence of events we see. The same fast edits are also used at the end of the the clip - only this time, she is soaring confidently across the beam. The camerawork, which develops from shadowy, wide angles in which she looks small and isolated to brighter, more open frames and happier close-ups in which she takes up more space, also helps communicate this journey.

The advertisement also contains a direct reference to real-world events, exploring the unwarranted criticism the athlete received about her attire in 2015. As we hear the remarks people made about her outfit, we see a shot of her looking alone in a sea of unkind comments. The world of the film, or the ‘diegetic’ narrative therefore temporarily gives way to the extra-diegetic realm in the form of the real-life voices intruding on the story, giving people a real reference point that they remember and relate to. By the end of the clip, it is clear that she has emerged from this scrutiny stronger than before and the message ‘stay strong. stay beautiful. stay in sports’ then appears on screen, followed by the brand’s logo.

Pretty straightforward - or is it? If you stop to think about it, the advertisement manages to address a specific social issue, make reference to a media controversy, establish a relevant metaphor, leverage a local celebrity persona, commemorate Women’s Day, and also sell shampoo - and all in two minutes. What seems like just a run-of-the-mill commercial produces a complex message that jogs viewers’ memories and makes a powerful appeal to their empathy. In choosing to highlight female achievement on Women’s Day, the advertisement also successfully establishes championing empowerment as part of the brand’s positioning.

It may not immediately seem like it, but a lot of this is down to the ways in which the clips are stitched together for viewers. Disciplines like Screen Studies help us see the distinct components that go into creating effective and meaningful visual communication. The ability to pick up on these is a valuable skill to have in one’s arsenal – especially since a lot of what makes advertising engaging and impactful often rest just beneath the surface.

Helen Jambunathan is an alumna from School of Arts and Social Sciences, Monash University Malaysia.