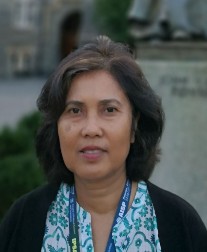 Professor in Global Studies
School of Arts and Social Sciences

Lily Zubaidah is a Singapore national, with strong family roots in Malaysia and resident of Australia for more than 20 years. This layered and multi-faceted identity has been incorporated into her teaching and research interests.

From 2019-2020, she was Malaysia Chair of Islam in Southeast Asia at the Alwaleed Center for Muslim-Christian Understanding (ACMCU) and Edmund A. Walsh School of Foreign Service, Georgetown University, Washington DC. She is currently an Honorary Fellow at the ACMCU, Georgetown University.

She has been awarded Fellowships at Leiden University (The Netherlands), Institute of Southeast Asian Studies (Singapore) and was a Visiting Research Associate at Nuffied College, Oxford University in early 2019.

Before her sojourn to Georgetown University, Lily was an Associate Professor at the Department of Government & International Relations and Convenor of the Religion, State & Society and Social Inclusion Research Networks at the School of Social and Political Sciences, University of Sydney.

Lily’s sole-authored and edited books include The Singapore Dilemma: The Political and Educational Marginality of the Malay Community (Oxford University Press 1998/2001; translated to Malay by the Malaysian National Institute for Translation), Singapore in the Malay World: Building and Breaching Regional Bridges (Routledge, 2009), Muslim Secular Democracy (PalgraveMacmillan, 2013), The Politics of Islamism: Diverging Visions and Trajectories (Palgrave Macmillan, 2018) and The Limits of Authoritarian Governance in Singapore’s Developmental State (PalgraveMacmillan, 2019).

She is completing a major comparative research (book) project on racial and religious nationalism in Malaysia and the United States and co-editor for a PalgraveMacmillan’s book series titled Islam in Southeast Asia.

From 2017-2019, Lily was Vice-President of the Australian Association for Islamic and Muslim Studies (AAIMS) and has served as President and Secretary/Treasurer of the Malaysia and Singapore Society of Australia (MASSA) – the peak academic association on Malaysia and Singapore studies in Australia. Her consultancy work includes projects with the Asia-Europe Foundation. She has been commissioned by the United Nations Research Institute for Social Development and the United Nations Human Rights Commission to report on the status of ethnic and indigenous minorities in Southeast Asia.

Lily Zubaidah’s research is multidisciplinary in orientation but theoretically rooted in the discipline of political science. This multi-disciplinary research orientation is reflected in her research publications on authoritarian governance, democratisation, ethnic politics, electoral politics, political Islam and regionalism.

Her publications are thematically oriented towards exploring the complex challenges of governance in authoritarian and democratising states in Southeast Asia, political Islam and electoral politics in Muslim-majority states, regionalism and the evolution of developmental states. Her research interests have increasingly taken on regional global dimensions.

Lily Zubaidah is currently writing a sole-authored book on Race, Religion and Political Reckoning in Malaysia and other plural societies.

Lily’s first book, The Singapore Dilemma: The Political and Educational Marginality of the Malay Community (1998/2001 Oxford Uni. Press) is widely considered a seminal work on the Singaporean state’s management of ethnicity and socio-economic disadvantage. The book’s conceptual innovation and systematic interrogation of multiracialism, meritocracy and authoritarian nation-building in Singapore led to its translation to Bahasa Malaysia by the Malaysia National Institute of Translation.

Singapore in the Malay World: Building and Breaching Regional Bridges (Routledge, 2009) is the first sole-authored book to systematically investigate the deep-seated historical and contemporary economic and political tensions between the neighbouring post-colonial states of Malaysia, Indonesia and Singapore. Primary sources for this pioneering book include interviews with Malaysian Prime Ministers Mahathir Mohamad and Najib Razak

The Limits of Authoritarian Governance in Singapore’s Developmental State (co-edited, PalgraveMacmillan, 2019) places Singapore’s economic achievements within the theoretical framework of the developmental state. In particular, Singapore’s productivist social policy orientation and authoritarian political trajectory is innovatively compared with the democratic developmental states of Japan, South Korea and Taiwan. The book has been released in both hardback and paperback editions and has been categorised as a current national best-seller in Kinokuniya’s bookstore in Singapore.

Many of her journal articles are ERA A-ranked and have been republished as book chapters.

Lily Zubaidah has taught units in Southeast Asian Politics and Political Islam to undergraduate, Honours as well as Masters (Coursework) students. These units are strongly based on her research expertise and publication record. Through the years, she has consistently achieved above average teaching satisfaction ratings and was a recipient of the Teaching Excellence Prize and nominated for the Wayne Lonegan Outstanding Teaching Award at the University of Sydney. She is committed to a learning framework which promotes intellectual autonomy, an ethical ethos and lifelong learning.

To date, she has supervised and co-supervised dozens of undergraduate Honours and Masters students and numerous PhD students. Many of her former PhD students have published their theses with premier academic presses such as Oxford University Press, Routledge and PalgraveMacmillan, as well as international refereed journals. She has also published journal articles and collaborated on edited book projects with former Honours and postgraduate students.

Senior undergraduate units taught such as Islam and Democracy in the Muslim World examine the political trajectories in Muslim-majority states within Comparative and International Relations contexts. The conceptual and theoretical themes in her  co-edited book The Politics of Islam: Diverging Visions and Trajectories (2018) have been strongly shaped by research projects and teaching themes on political Islam and the dilemmas of democratisation and authoritarian resilience.

Lily Zubaidah’s research and teaching focus on governance, democratisation and policy reform in East Asian (authoritarian and democratic) developmental states culminated in the publication of the 2019 co-edited book The Limits of Authoritarian Governance in Singapore’s Developmental State (PalgraveMacmillan). Chapter contributors include prominent developmental state theorists such as Professors Dan Slater and Mark Thompson who participated in a workshop for this edited book in Kuala Lumpur in 2016.

To date, Lily Zubaidah sole-authored and edited/co-edited book publications include:

The Singapore Dilemma: The Political and Educational Marginality of the Malay Community, (sole-authored, Oxford University Press 1998/2001; translated to Malay by the Malaysian National Institute for Translation);

The Politics of Islamism: Diverging Visions and Trajectories (co-edited, PalgraveMacmillan, 2018);

Currently writing a sole authored book on Race, Religion and the Challenges of Political and Policy Reform in Malaysia and other divided societies .

6. Noriyuki Sagawa (University of Sydney),
‘Juggling between assimilation and multiculturalism: Language and education policies for national integration in Malaysia’,
2004-2009.

2.1997.
Fellow, Asian Institute of International Studies  at University of Leiden, the   Netherlands.