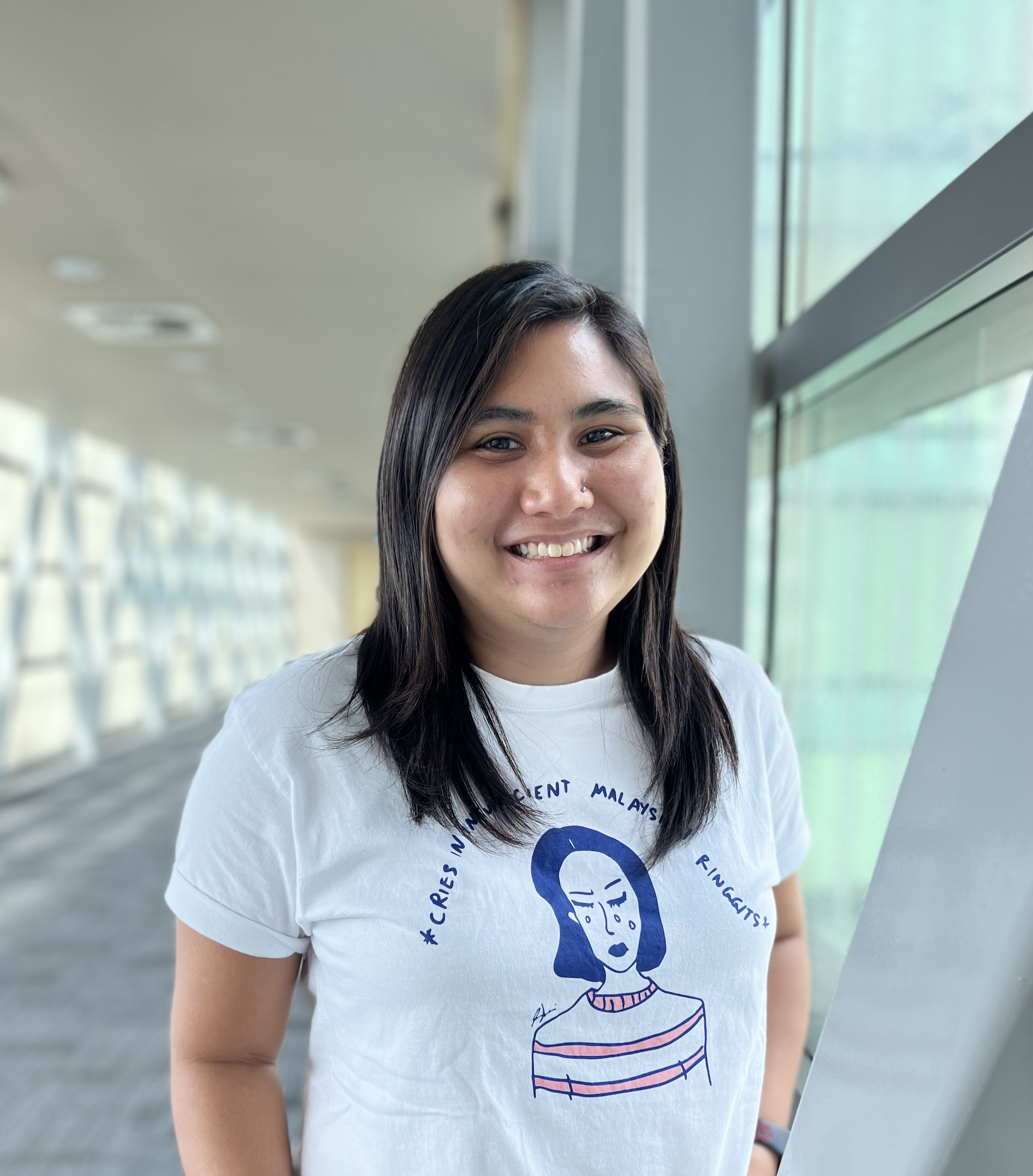 Sheril A. Bustaman is a producer with 10 years of working experience. She began her filmmaking career under Monash’s Filmmaker-in-Residence program in 2012, and went on to work at several production houses between the years 2013 to 2016, before co-founding an online food directory startup FungryTV in 2017. She then joined Fat Bidin Sdn Bhd in 2018 as a partner and producer where she produces non-fiction content centered around conflict & counter narratives towards violence.

Sheril produced her first documentary Come Hell or High Water in 2013 also under Monash’s Filmmaker-in-Residence program that went on to screen at international film festivals such as the Kota Kinabalu International Film Festival (KKIFF) and the Bangkok International Film Festival (BIFF). She has produced several shows & documentaries on conflict such as Aku Bekas Extremis in collaboration with the Southeast Asia Regional Centre for Counter-Terrorism (SEARCCT) and Perempuan Radikal that premiered on Astro AWANI in 2021. She has also produced for international networks such as Deutsche Welle (Germany) and Quartz News (New York).

As a heavy practitioner in the industry, Sheril is also a frequent facilitator and trainer at workshops centered around counter-narratives, most recently facilitating a workshop under the United Nations Development Programme (UNDP) on countering hate speech for youths. Sheril is also a freelance writer who frequently contributes to Calibre, a print magazine under the Public Mutual group and occasionally also writes reviews for Singaporean independent film website SINdie. Sheril’s focus is predominantly on counter narratives, but also is involved in work pertaining to gender & equality issues.

At Monash University Malaysia, Sheril is currently the Project Manager for the GCRF South-South Migration for Development and Equality Hub (MIDEQ) grant under Associate Professor Dr Yeoh Seng Guan where she manages all outputs & matters pertaining to the Malaysia-Nepal corridor of the grant.

Yvonne received her secondary education at SMK Gombak Setia. She later furthered her tertiary education at National University of Malaysia (UKM), where she graduated with a Bachelor of Arts with Honours in History and Master of Social Science (Security and Strategic Analysis) at the same university.