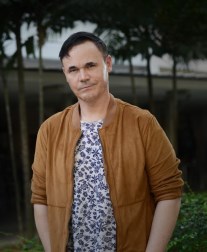 Callum completed a Business Marketing Associate Diploma at the Southbank Institute before undertaking a BA at Queensland University of Technology (QUT) majoring in Media Studies with a minor in Journalism. After receiving a First Class Honours for his thesis  ‘The political economy of English soccer in the 1990s: Globalised, gentrified and commodified’, he worked at both the University of Newcastle’s Cultural Institutions and Practices Research Centre and later the University of Western Sydney’s Institute for Cultural Research. In 2009 Callum moved to Monash University’s Sunway campus in Malaysia to take up a position as lecturer in Communications. He is currently pursuing his PhD at the Faculty of Creative Industries at the Queensland University of Technology, entitled ‘The function of genre and medium in facilitating and impeding the reception of Western screen media in East Asia’.

In 2018, Callum joined the Editorial Board of the SAGE journal, Communication and Sport, which won the PROSE Award for ‘Best New Journal in the Social Sciences’.

Callum’s research has been featured in domestic Malaysian and international media, including Bfm, the Australian Broadcasting Corporation, Indian business magazine, ‘The Economy’, and The Gulf Times:

Why do international sporting contests dominate the Malaysian sports-scape, often at the expense of local games and competitions? And why in particular does the English Premier League resonate so strongly with Malaysian sports fans? In this interview with the ABC’s Connect Asia program, Callum discusses the impact of powerful international sporting competitions and media interests on the sporting culture of Malaysia.

In this interview, Callum discusses the Indian Premier League cricket competition,and it’s unique blend of sporting spectacle and Bollywood inspired entertainment values. As the competition’s initial novelty wears off, what marketing strategies can the league adopt to cement its place within the burgeoning Indian leisure economy, and expand its footprint into international markets, like its aspirational football cousin, the English Premier League?

In this article, Callum explores the Gulf State of Qatar’s utilization of sports brands as a principle vehicle for projecting the nation’s brand and exerting soft power in the global community. The article examines two particular case studies, the acquisition of French football club Paris St Germain, and Qatar’s hosting of the 2022 World Cup.

(2014, June 9) ‘Sociology of sport and why we love football: An interview with Callum Gilmour.

In this wide-ranging interview, Callum discusses the academic discipline of sports sociology, the rise of Asia as a significant sector of a global media sports cultural complex, and the manner in which sports fandom within Asia is reconstituted within local cultural contexts.

Callum’s recent research has centered on both the sociology of sport and the media sport cultural complex and he has published extensively within these areas. He is particularly interested in the manner in which spaces of sports consumption and rituals of fandom in Asia are marked by global cultural flows while at the same time being reconstituted within Asian socio-cultural contexts.

His research explores the manner in which sports consumption in Asia engenders a form of global aspirational cosmopolitanism that is reflective of wider emergent consumptive lifestyle modes amongst Asia’s rapidly expanding middle classes. To this end, he is currently investigating cultures of consumption and modes of cultural adaptation surrounding the English Premier League in Southeast Asia.

Callum was part of a global initiative to record local media readings of the Beijing Olympics that has been published by the International Olympic Committee, the International journal of the History of Sport and in book form by Routledge.

Beyond the study of sport, the media and society, Callum is currently examining the sociology of new media consumption amongst young urban Southeast Asians and the extent to which digital technologies circumvent national media systems, potentially removing young people from national public spheres, national politics and debates, and processes of imagined community building.

Callum’s PhD dissertation examines how variables associated with genre and medium influence the consumption patterns of television and cinema in East Asia with particular regards to the origin of content (local, regional or Western).

He enjoys linking theoretical and conceptual frameworks to case studies based in contemporary and historical events, current affairs, and socio-cultural movements. He finds that presenting these connections between academic and real world frameworks helps ground his units in relevant, comprehensible, and engaging contexts for his students.

AMU3451: Freedom and Control in the Media

Flew, T., & Gilmour, C. (2003) ‘A tale of two synergies: An institutional analysis of the expansionary strategies of News Corporation and AOL-Time Warner’.

(2011) ‘Sport and the media in Malaysia’. Seminar for Research Unit in Media Studies, Monash University Faculty of Arts, Caulfield, Melbourne.