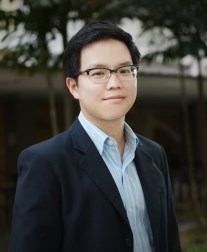 Lecturer in Global Studies
School of Arts and Social Sciences

Dr Nicholas Chan completed his D.Phil in International Relations at the University of Oxford, where he was a Swire Educational Trust scholar at St. Antony’s College. His thesis examined processes of coalition formation among developing countries in the UN Framework Convention on Climate Change negotiations. This thesis is being revised into a book.

His research primarily addresses the politics of the UN climate change negotiations, particularly in relation to developing country participation, and the international politics of ocean biodiversity conservation. He has attended and participated in most UNFCCC meetings since 2011. He has published in Ethics and International Affairs and the Review of European, Comparative and International Environmental Law. He has consulted for the UN Economic Commission for Africa, and Oxford Analytica. He tweets @nickdotchan

Dr Nicholas Chan’s research is in the field of developing country participation in global environmental politics. This includes questions of coalition formation, interactions between developing countries and global institutions (both as norm-takers and norm-shapers), and the practices and discourses of international diplomacy..In undertaking this research he has been a participant-observer at most UN Framework Convention on Climate Change (UNFCCC) meetings since 2011, including in Paris for COP21, to track the negotiating process, especially on issues of the temperature target, response measures, MRV issues, and climate finance.

His work also addresses the emerging subject of marine biodiversity and conservation linked to SDG14 and the Aichi Biodiversity Targets. This interest also explores developing country participation in these global frameworks, particularly in relation to discourses of sovereignty, maritime governance and security, and state-non-state interactions.

This research project focuses on how developing countries participate in the UNFCCC process and how the UNFCCC regime has evolved over time, especially through constructivist and historical institutionalist perspectives. The former, in particular, includes efforts to understand processes of socialization, argumentation and discourse, and identity formation among developing countries, especially as they relate to the idea of the Global South and other regional identities in international relations.

This research project focuses on ideas and institutional processes in global oceans governance, especially on the growing trend of establishing large marine protected areas and multilateral negotiations on biodiversity in areas beyond national jurisdiction. Work in progress includes research on the connection between sovereignty and environmentalism in the world’s oceans, and the social meaning of the emerging ‘large ocean state’ term.

Publications on this project include a forthcoming article in Global Governance, and an invited book chapter on ‘great power responsibility’ in oceans protection.

He has completed the ‘Foundations for Effective Teaching’ program to introduce the Monash ‘Better Teaching Better Learning’ agenda to educators at Monash University Malaysia. He has also previously taught in the Oxbridge-style tutorial system at the University of Oxford.

At Monash, he has taught (as lecturer and unit coordinator):