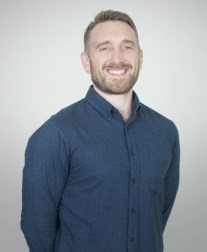 Jonathan wrote his PhD thesis at King’s College London on “Female Cinematic Stardom in 1930s French Film”. He has published two books on French cinema: the first is a study of the french film director Marcel Carné, who is well-known for his contributions to the Poetic Realist film movement of the 1930s and his ‘masterpiece’ Les Enfants du paradis; the second looks at 1930s French film stars and is entitled The French Screen Goddess: Film Stardom and the Modern Woman in 1930s France. He has also written about Southeast Asian cinema, particularly the film star P. Ramlee and the Malay cinema of the 1950s and 1960s, and has edited a book on the region’s stars entitled Film Stardom in Southeast Asia (forthcoming, April 2022).

He has spoken at conferences locally and internationally on various aspects of his research and has appeared on BFM: The Business Radio Station to discuss his work on P. Ramlee. The podcast can be found here.

In the School of Arts and Social Sciences, he is the coordinator for the Major in Film, Television and Screen Studies and has previously served as the Undergraduate Course Coordinator and as the Deputy Head of School (Education).

Jonathan’s research interests are in film history, film authorship and star studies. He focuses in particular on French and Southeast Asian cinemas, especially the Malay cinema of the 1950s-1960s.

Jonathan is currently conducting research on Malay cinema and stardom, and with A/Prof Andrew Ng and Dr Marek Rutkowski is working on an edited book on the representations of the Malayan Emergency in film and literature. This is based on a workshop they held in the School of Arts and Social Sciences in November 2021. The workshop's website can be found here.

Before working at Monash, Jonathan was a sessional lecturer at King’s College London, Kingston University and the University of Southampton in the UK, where he taught a wide-range of Film Studies subjects, including film history, film authorship, the representation of gender in film, and 1930s French cinema.

He has contributed to the development of the Film and Television Studies curriculum at Monash University Malaysia, helping to introduce the Major in Film, Television and Screen Studies in 2018.