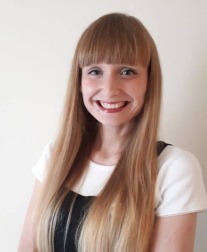 Lecturer in Film, Television and Screen Studies
School of Arts and Social Sciences

Dr Agata Frymus is a Lecturer in Film and Television Studies at Monash University Malaysia.

Before joining Monash, Frymus was a Marie Curie postdoctoral fellow at Ghent University, Belgium, where she was a principal investigator on Black Cinema-Going in New York during the Interwar Period (2018-2020).

She is the author of Damsels and Divas: European Stardom in Silent Hollywood (New Brunswick, New Jersey and London: Rutgers University Press, 2020). The book is based on her PhD thesis, and explores the personae of three stars of the silent era: Vilma Banky, Pola Negri and Jetta Goudal.

She also worked as a research assistant on Go West 2: Bristol Film and TV Industries (2020), led by Prof Andrew Spicer and Dr Steve Presence at the University of the West of England. In 2017, she was a visiting scholar at New York University, where she assisted Prof Anotnia Lant in her work on film and African American culture.

She serves as a submissions editor for Early Popular Visual Culture.

BA (Film and Media and Cultural Studies) University of the West of England, UK, 2012

Her work focuses on the intersections between race, ethnicity, stardom, and audiences, particularly in the first half of the twentieth century. She is interested in bringing women - both as consumers of film, as well as producers and stars - to the forefront of film history.

Dr Frymus is conducting a project on the memories of cinemagoing in Kuala Lumpur during the 1970s (2020-2021).

She is also working on a series of articles stemming from her work on Black moviegoing in New York City during the silent film era, and co-authoring a chapter on a similar topic with Dr David Morton (University of Central Florida) for Comparing New Cinema Histories: Methodologies and Practices from a Global Perspective, edited by Pierluigi Ercole, Lies Van Der Vijver and Daniela Treveri Gennari.

Previously, she was a seminar leader and a lecturer on Cinema History and Analysis at University of York (2015-2018). She has taught Race and Screen Studies, and Filmmaking through Hitchcock at Ghent University, Belgium (2019), and University of Bristol (2018), UK, respectively. Her passion for teaching has been developed further in 2017, when she became an Associate Fellow of Higher Education Academy, UK.

Society for Cinema and Media Studies

Dr Frymus is interested in supervising projects in any aspects of star studies, silent cinema, historical audiences, critical whiteness studies, Hollywood and onscreen representations of race. She is also interested in research that takes a distinctively feminist perspective on film history.