The reality of the state of the Asean Economic Community 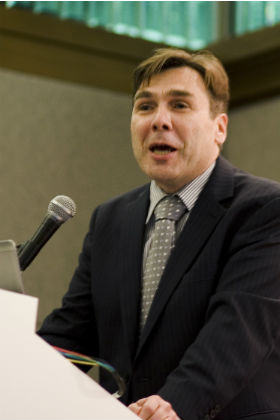 The 10-member Association of Southeast Asian Nations, or ASEAN, has long been upbeat about the possibility and its progress towards achieving a single regional economic market by December 31, 2015. The Asean Economic Community (AEC) is touted to be an integrated market and production base aimed at being a highly competitive economic region with equitable economic development.

But in recent years, much cynicism as to whether Asean remains on track to achieving its goal for economic integration has surfaced.

“There is a lot of political rhetoric involved when it comes to the AEC and Asean members are always upbeat about the progress they have made and level of integration they have already achieved,” said Prof Joern Dosch, Acting Head  of the School of Arts and Social Sciences at Monash University Sunway Campus.

“On the other hand, you have businesses and external stakeholders interested in intensifying relations with Asean, like the European Union, United States and Australia, who are worried that the real level of implementation is not as high as claimed,” he said.

That was the starting point for a research project that Prof Dosch embarked on a  year back, under the umbrella and with the support of the Asean Research Centre, or CARI, established by CIMB.

“Our goal was to look beyond the official Asean publications and score card that Asean publishes to demonstrate progress towards the AEC.

“We wanted to see if we could present a more realistic picture of the status of regional economic integration for the benefit of the private sector so companies get a better idea of where we are.”

Prof Dosch and his team decided to take advantage of the extensive research and material that was already available on the AEC, rather than conduct their own interviews.

Part of the reason for their decision was the short time factor, but more importantly, Prof Dosch said there were already literally hundreds of studies and papers on all the different aspects of the AEC.

“The end result was an extremely well-received, realistic and wholistic look at how much Asean has achieved,” he said.

Prof Dosch said his team found that in all areas, it appeared unlikely that the AEC will be established on time largely due to the fact that member states have not implemented what they have agreed on.

“For example, one of the core elements of the AEC is the harmonisation of customs regimes called the Asean Single Window, which means that you have the same provisions, rules and regulations at every border point within Asean.

“At the moment that’s not the case, as you have vastly different ways to deal with customs in each member country,” he said.

Prof Dosch, who has been working on international relations in Southeast Asia and the wider Asia Pacific region for more than 20 years, acknowledged that while there was “slight improvements” compared to several years back, the huge investment and extensive involvement of the EU and US in providing support has not resulted in much results.

He said another aspect where Asean was lagging behind was in streamlining product standards.

“It does not make much sense for big companies to produce for the Asean market, which consists of relatively small countries, if the company has to meet all these different regulations and standards.

“So what happens is companies are based here but they produce for an external market because it makes more business sense,” said Prof Dosch.

The reason for the slow progress was the lack of implementation, said Prof Dosch, mainly due to political sensitivities.

“Not all Asean member states trust each other, as there is a strong sense of nationalism. Not to forget we also have an immense disparity in terms of economic development between member states.

“As an example, Singapore’s GDP per capita is about 61 times bigger than Myanmar. Top it off with all these different political systems and it’s easy to see why it’s very difficult to find an agreement and make sure that everyone is on the same page.”

The main recommendation of the CARI report was for Asean to be more realistic with what it can achieve so as to bridge the credibility gap now perceived by most non-Asean parties.

“Everyone knows Asean is not really ready for such a high level of economic integration. So the question is why is Asean making everyone pretend they can achieve that?

“Asean needs to say that maybe they have been too ambitious, and they need a longer time frame to implement all their regulations. They need to concentrate on the more realistic goals,” said Prof Dosch.
Prof Dosch, who first arrived at Monash University Sunway Campus in 2012, has published several dozen books and articles on ASEAN-related issues and has worked as an evaluator and consultant on ASEAN matters for the European Union, the German Federal Ministries of Economic Cooperation and Development and Foreign Affairs respectively, UNDP, and several other organisations.