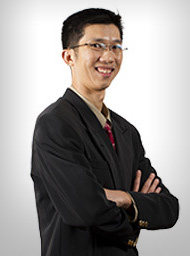 A major problem facing this world is traffic congestion. It is a great source of frustration, wastes millions of hours, pollutes the environment, and costs large amounts of money in fuel wastage and economic losses - all these adversely affect the liveability of a city. Due to this, Assoc. Prof. Tan Chee Pin (School of Engineering) and Prof. Pervaiz Ahmed (School of Business), with the support of the Monash University Malaysia Sustainability Grant Scheme 2018, formed a multi-disciplinary team comprising researchers from various Schools, to propose methods for improving traffic conditions and a city’s liveability in a holistic manner. To achieve this, we considered various angles - such as monitoring traffic flow, controlling traffic signals, the availability of public transportation, monitoring carbon emission levels, and investigating the effects of traffic on a person’s physical and mental health. The study was conducted in Bandar Sunway, in collaboration with Sunway Bhd.

From the School of Engineering, Dr Chiew Yeong Shiong installed surveillance cameras and developed algorithms to measure and analyze traffic flow along Jalan Lagoon Selatan. Dr M.A.S. Kamal, with expertise in traffic mitigation algorithms, proposed changes to traffic signals that significantly reduced the waiting time at a U-turn. Dr Susilawati, specializing in traffic engineering, surveyed Bandar Sunway to identify locations that were most accessible to public transportation, as well as locations that were most pedestrian-friendly.

From the School of Business, Assoc. Prof. Santha Vaithilingam and Prof. Teh Pei Lee investigated the factors that encouraged or hindered people from taking sustainable transport options, namely walking, taking the free Sunway shuttle bus, and the Bus Rapid Transit. Valuable insights were gained from the survey respondents and focus group discussions, which provided useful recommendations (some of them being easily implementable) that would increase the uptake of these sustainable transport options.

Assoc. Prof. Quek Kia Fatt and Dr Kyi Kyi Tha from the School of Medicine conducted investigations on how traffic congestion affected the well-being of those in Bandar Sunway (either residents, or those who worked there), and it was found that traffic was not a major factor that affected them. Dr Tran Manh-Vu from the School of Engineering mapped out the concentration of CO2 and NOx gases around Bandar Sunway at various times of the day and correlated them with traffic activity, which provided the underlying insights to the results as well as useful recommendations on reducing the levels of the gases.

From the work that has been carried out, Dr Tan Chee Pin was invited to speak at the United Nations World Urban Forum 2018, and Dr Susilawati was invited to speak at the Indonesian Ministry of Transport Coordination Meeting 2019. Some of the results from the work were also incorporated into the Sunway Sustainability Report 2018 and 2019. A book chapter on the Travel Behavior and Mobility in Smart Cities was submitted for publication in Springer. A paper titled “Evaluation of air quality in Sunway City, Selangor, Malaysia from a mobile monitoring campaign using air pollution micro-sensors” was published in the journal Environmental Pollution (which is a Top 10% journal). Finally, as a result of this project, Sunway Bhd. has provided funding to conduct an impact study on their smart city initiatives (Bus Rapid Transit, Canopy Walkway, and Connected Carparks) on improving traffic congestion in Bandar Sunway. 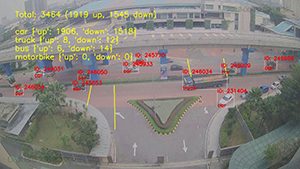