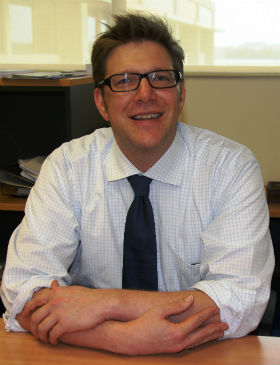 Myanmar has been in the news for a number of years now, from first being held as an example of bad governance and authoritarian rule, to becoming an example of a country embracing reform.

Over the past two years, the country has opened up, much to the surprise of many political observers, said Dr Marco Buente, Deputy Head of School of Arts and Social Sciences at Monash University Malaysia.

“Many people didn’t really believe it when the military rulers of Myanmar opened up the country to reform about two years ago. However, this opening up is more of a refinement or restructuring of the military itself. In other words, we see a real opening up, but it’s done and controlled by the military, and not by the people.”

Dr Buente, whose research focuses on politics and international relations in Southeast Asia, said he has been looking into how Myanmar was changing, following this “opening up”.

"Western governments, international organisations and businesses are coming to Myanmar, trying to reintegrate the country into the world economy and providing aid to help reconstruct the war-torn country. A lot of changes are going on, not only politically but also socially and, of course, economically," he said.

“I’m looking into how the country is developing and whether these changes will open spaces for civil society to grow.”

Dr Buente started work on Myanmar in 2004, working on, among others, the question of why authoritarian rule was stable in the country and why the military was able to keep the country together for such a long time.

“People are always asking about democracy and if we will see real democracy in Myanmar in the next few years. But since the country has been ruled by the military for 50 years, it is too early to see whether it will really move on to democracy or this opening up is merely a refinement of authoritarian rule.”

He said that on his most recent visit to Myanmar during the country’s elections, the enthusiasm from the younger people was very evident.

“They are excited about the opening up, and they are so eager to learn because they have been closed up for a number of years now, and kept in a kind of prison. They have also been closed up from technological developments, Western ideas, and so on, so now they are eager to see what they can do.”

Dr Buente said he remained optimistic about Myanmar’s future, but acknowledged that many challenges lay ahead.

“Academically, I would be rather pessimistic about Myanmar’s future because when you have such a long history of authoritarian rule and fighting, you cannot change within a day. Experience from the democratic transitions in Eastern Europe and Latin America tells us that change and reform often will take years, supported by consistent good leadership from politicians."

“However, given the reform drive at the moment, I would like to be more optimistic and leave it open at the moment which way the country goes,” he said.

He said Myanmar was now at a “critical juncture”, meaning the nation could be – within a short period of time – a democracy, if there was genuine compromise between the opposition and the military.

“There is also another very important development in the country, which is nation and state building. The country needs to work on establishing a national identity as there are many different ethnic groups trying to seek autonomy. People have not really found a compromise on how they can co-exist,” said Dr Buente.

Dr Buente has conducted cross-national research to uncover general trends of political change in East and Southeast Asia with a focus on Thailand, Myanmar and Indonesia. He is further interested on other topics of international relations such as transnational movements and security issues (migration, ethnic and religious conflicts, terrorism, piracy), intra-and interregional relations (ASEAN-China, ASEAN-EU, ASEAN-Japan), and questions of regional integration.