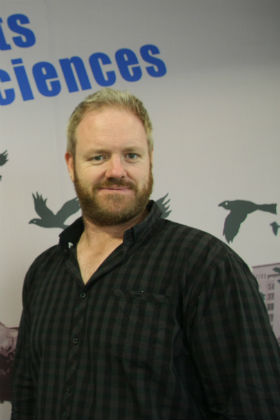 Across the world traditional news and media organisations have been forced to reinvent themselves in order to keep up with a changing local and global landscapes. From the rise of alternative forms of media, to the disintegration of conventional journalism models, being a journalist in the contemporary world requires adaptability, dynamism and a big picture world view.

“Journalism is undergoing major shifts, along with many political landscapes in a number of different regions,” said Dr. Colm McNaughton, lecturer of journalism at the School of Arts and Social Sciences, Monash University Sunway campus.

“With the rise of wikileaks, online media and other new forms of journalism, the media has been totally transformed. If you had been in the media 10 to 15 years ago, it is a totally different place now.”

The rapid changes have made the media industry a highly competitive one, with those unable to reinvent themselves, finding themselves left behind.

“Recently in Australia, 2,500 jobs were lost in the media industry, so this change is real, and those who want to play in this field need to be able to keep up,” said Dr McNaughton, who comes from Victoria, Australia.

At Monash University Sunway campus, the Journalism major too will be going through a major revamp to keep up with changing times.

“We’re bringing in components to the major that are looking at trends in global media,” said Dr. McNaughton.

“Part of what we want to do is to engage the change that is going on within journalism globally. Rather than looking narrowly at just Malaysia, we want our students to look beyond Malaysia because what is happening is just so big.

Dr. McNaughton, whose area of specialisation is radio journalism, said the course will seek to equip students with as many skills and contacts needed for them to thrive in the challenging media industry.

The course will also introduce a much-needed reflective element via a unit on media, power and reporting in Southeast Asia as well as a study on understanding global media trends.

The course seeks to expand the students’ horizons and give them a global perspective on the work they will do as journalists, so one of the main additions to the course will be establishing links with international media organisations in India, the Philippines and Indonesia.

“In the first phase of this revamp, we will be networking regionally with all these different media organisations, and the tie-ups will be in the form of internships, training, research grants and much more”.

“Our hope is that when the students graduate, they will have all sorts of interesting things to engage in, with contacts all over Southeast Asia”.

Dr. McNaughton’s extensive experience in radio documentaries has led him to be a recipient of numerous awards, namely his 2008 production “Awakening from History?” which earned him Australia’s prestigious Walkley Award for ‘Best Radio Feature, Documentary or Broadcast Special’.

In 2010, his piece titled ‘La Frontera: a journey into the borderlands of Mexico and the United States’ bagged the ‘Best Radio’ category in the United Nations Association of Australia Media Peace Awards.

He said he hopes to bring his extensive travels and work experiences to the classroom, adding that apart from practical studies, students will also be taught how to engage in freelance work as part of efforts to equip them will all the knowledge and tools necessary to thrive in the media industry.

“It was fortuitous that I happened to get here when this revamp was needed. I’ve been working in different parts of the world, travelling to Europe, Latin America and now Southeast Asia, so I have developed a much more global perspective.

“I am trying to bring my experiences here into Monash to open up more possibilities to students,” he said.

Dr. McNaughton says students choosing the Journalism major need to be realistic about the challenges of the industry, and need to have a passion for storytelling.

“As a journalist, you are involved in something that is being transformed and you can be at the cutting edge of ideas, possibilities and changes.

“Journalism is about power, and about how power works and answers the question of how little people keep big people accountable,” he said.

“Journalism done well has proven to be a powerful tool, and it’s all about the power of words and the different mediums with which those words can be expressed.”