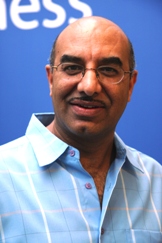 Researchers are looking at how a quality standard set by the laws of Islam could have wider application as a trademark denoting "healthy" and "sustainable".

"Halal" is a word that most non-Muslims would recognise on a butcher shop sign. The word means "permissible" and while it is commonly associated with food, halal has a far wider embrace, with the potential, in fact, to become a major global business brand.

In Asia in particular, business people from countries ranging from Indonesia, Malaysia and Pakistan to the tiny nation of Brunei are talking up their nation's aspirations to become a "halal hub".

It is not hard to see why. About a quarter of the world's population is Muslim. Muslims are required by their faith to eat halal food, bringing the value of the global halal food market close to US$700 billion. This figure increases by the week as halal food producers use social media to extend their marketing to non-Muslims.

The movement is attracting the attention of researchers such as Professor Pervaiz Ahmed, head of management in the School of Business at Monash University Malaysia's campus. Professor Ahmed is investigating the meaning and practical implications of halal in the areas of sustainable economic development, societal health and community welfare.

He says the growing interest in halal by non-Muslims reflects consumer interest in organic agriculture and sustainability generally.

US-based multicultural marketing expert Lisa Mabe says many non-Muslim US "foodies" are already seeking out halal food because they see it as less processed and more wholesome. Meanwhile, UK food suppliers are scrambling to accommodate the buying power of a group dubbed "haloodies" – halal-loving foodies, many of them non-Muslim.

The halal economy covers much more than food. The talk at major international fairs, such as the World Halal Forum held annually in the Malaysian capital of Kuala Lumpur, is of a global halal "industry". Already worth an estimated US$3 trillion, it includes chemicals, health care, cosmetics, pharmaceuticals, leather products and Islamic banking. Islamic banking is based on the principle of profit and loss sharing and stems originally from a sharia prohibition on floating payments such as interest rates and fees. For example, instead of charging a property buyer interest on a loan, the bank buys the property and resells it with a profit margin to the buyer, who makes fixed payments for the purchase.

The latest buzz phrase is "the halal ecosystem", which in Malaysia serves as shorthand for the country's mission to establish itself as a halal hub for Asia and, ultimately, the world. The Malaysian Ministry of International Trade and Industry has selected the halal industry as a key engine of growth, with its contribution to the national gross domestic product expected to increase from its current rate of almost two per cent to 5.8 per cent by 2020.

The Halal Industry Development Corporation, established by the Malaysian Government in 2006, furthers this aim by supporting investment in halal industries, setting up halal business parks and promoting halal goods and services. Malaysia has also become a leader in the development of universal standards for the certification of products, issuing world-first guidelines in 2012 for the manufacture and handling of halal pharmaceuticals (which must not contain alcohol or non-halal animal by-products).

It was in this context that in 2012 Professor Ahmed set up a multi-layered research project known as the Halal Ecosystem Platform. Its mission is to analyse the function of a halal ecosystem and to develop benchmarks by which its success or otherwise can be measured. "I want to answer the question: Does Malaysia have what it needs to create a balanced ecosystem?" Professor Ahmed says.

The research involves analysing nations with ambitions of becoming halal hubs, including Malaysia, Indonesia, Thailand and Middle Eastern countries. Even the US and parts of Europe come into the equation, with giant food and pharmaceutical companies having the potential to use their massive manufacturing and marketing capabilities to become dominant halal players.

The 15 members of the Monash halal ecosystem team work on projects that span science, philosophy, marketing and economics. Several studies consider the significance of the halal "brand" to both Muslim and non-Muslim consumers and examine the notion of "trust" in a label such as halal. Meanwhile, Professor Iekhsan Othman, of the Jeffrey Cheah School of Medicine and Health Sciences at Monash University Malaysia, has investigated the molecular and chemical biotraces that indicate when meat is no longer fresh.

Halal food must be good for consumption, explains Professor Ahmed, because the concept of "permissibility" entails "not harmful to humans".

"If meat is degraded, it's no longer halal, even if slaughtered correctly. It can't be classified as halal if it is contaminated – if water has been injected into chicken, for example."

For a country's halal industry to compete internationally, Professor Ahmed says its ecosystem must meet the standards imposed by Islamic philosophy, and also place its benchmarks higher than those of conventional systems.

To this end, the Monash project is broadening the definition of halal to its original and deeper philosophical meaning – a process that calls into question the status of many things classified as halal.

The word halal is derived from the Qur'an, the holy book of Islam, and means "permissible". Its opposite, "haram", means "non-permissible" and "forbidden to the followers of Islam". Halal is most commonly associated with food. According to Islamic law, Muslims may not consume food or medicines containing alcohol, pork or its by-products, blood, birds of prey or carnivorous animals. Halal meat comes from an animal that has had its throat cut swiftly and humanely and its carcass drained of blood. Both halal and haram are used to apply Islamic precepts to all aspects of human activity.

The halal industry is already worth an estimated US$3 trillion, and includes chemicals, health care, cosmetics, pharmaceuticals, leather products and Islamic banking.

Under this reading, fish (usually regarded as halal) would not be halal if it came from an endangered or over-fished species. Cruelty to animals in halal abattoirs would also render the meat "not halal".

"Some will say we are setting the bar too high," Professor Ahmed says. "But if non-Muslims are to buy halal products, the label has to signify animal rights and species protection."

The ingenuity of the Monash research is evident from a project at the university's Neurobusiness Behavioural Lab, where Muslim and non-Muslim consumer attitudes to halal labelling are being studied. The lab's technology allows researchers to assess consumer reactions to products marked halal by measuring tiny facial movements, perspiration and eye movements. "Eyetrackers" follow exactly what part of a food package consumers look at and for how long they study the halal label. The subjects are then debriefed on their thoughts when looking at the label.

If halal-branded foods are to play their part in making Malaysia a halal hub, Professor Ahmed says, the label has to signify more than its literal meaning that it does not contain forbidden ingredients. "We will succeed when non-Muslims buy halal brands because they know that the halal brand stands for qualities such as freshness."