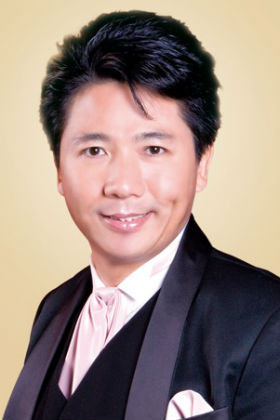 Monash University Sunway Campus’ Director of Advanced Engineering Platform, (AEP) Prof  Joshua Li has big dreams to bring the School of Engineering’s research work to a higher level, creating a deeper impact not only within Malaysia, but amongst the global fraternity of engineering professionals.

The AEP is one of four platforms established by the university earlier this year, and aims to establish the university to be the best teaching and research universities in the country. Prof  Li’s role is essentially to lead his team in getting high impact research results from scientific and technological investigations, and at the same time, working at collaboration with industrial partners to implement research results into industrial and commercial applications.

“If you look at all the high-ranking universities around the world, they all have at least one thing in common and that is being known for specific areas of focus and strengths.

“Likewise, Monash University has realised that we need to identify our own strength and our own advantages over others, essentially what makes us unique. These platforms will move us towards achieving that,” said Prof  Li.

“Even though I am relatively new to the university, having arrived just end of last year, I will work hard to achieve some high impact research, which can also be used in industrial applications,” he said.

While Prof  Li may be new to Monash University Sunway Campus, his work and expertise has been well-known in the science fraternity for many years.

“My area of specialty is basically radio engineering, wireless communications such as antennas which we can use for mobile phones and even for radar systems for military functions,” he said.

In 2004, he was elected as a Fellow of the Institute of Electrical and Electronics Engineers (IEEE), which is a professional association headquartered in New York. The association, which aims to advance technology, innovation and excellence, is the largest international professional society in the world.

An IEEE member is appointed to the level of a Fellow for “unusual distinction in the profession”. This position can only be conferred by the Board of Directors, and cannot be applied for by members, further sealing Prof  Li’s calibre as a distinguished scientist in his field.

Shortly after being named an IEEE Fellow, Prof Li received yet another significant acknowledgement of his work and expertise.

Last year, he was selected as a recipient of the Chinese Central Government’s Talent Plan programme, joining the ranks of only around 2,000 other distinguished and top-level talents around the world.

“It is really an honour for me, because those selected are considered by the government to be a national expert, and accorded the same respect as senior government officers,” said Prof  Li.

Apart from being given a wide range of benefits, he said being selected was extra meaningful because it signalled that the research and work he has been doing has and will have a real and practical impact.

“There is a very vigorous selection process by the central government, beginning with names which are submitted through recognised institutions nationwide.

“These names will then be put through a filtering programme where a panel will check qualifications and, more importantly, if the candidates’ research areas are within the national demand,” he said.

Prof  Li said he believes his tenure at Monash University Sunway Campus will be a fruitful one, and he hopes to leverage on his extensive international experience and links to elevate the quality of research and scientific standing of the university.

“My focus, aside from continuing the work of my ongoing research projects, will be to focus on my new role as the Director of the Advanced Engineering Platform.

“I consider my role in Monash University Sunway Campus as a research leader, as well as a research and development innovator,” he said.

“I am thankful for the opportunity to lead in the areas which I am an expert in, and I believe with the continued support of the university and my colleagues, Monash University Sunway Campus will take another step forward in its reputation as a unique centre of excellence.”