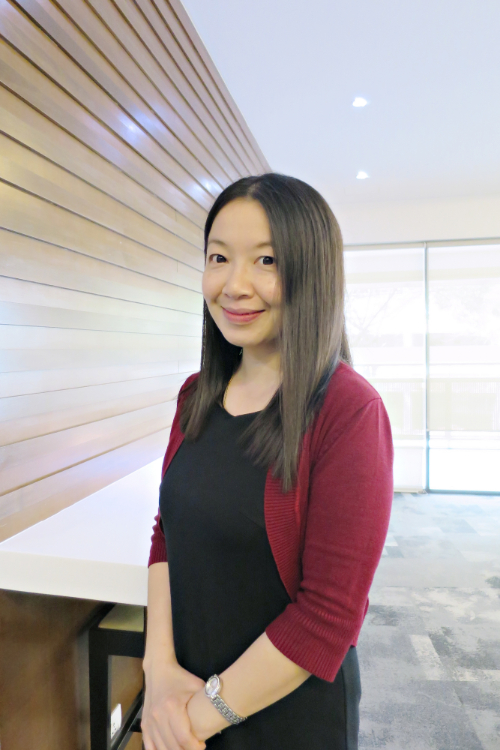 The nudge theory is a concept in behavioural economics popularised by the economist Richard Thaler. Nudging is predicated on studies that show people can be influenced, or ‘nudged’ into making decisions for the betterment of themselves and society.

However, positive affirmations or minor rewards in the form of a smiley managed to nudge the ‘superior’ group back into responsible water consumption.

Associate Professor Grace Hooi Yean Lee, Head of Economics Department at Monash University Malaysia, and co-researchers at Monash University, Shin Ee Teo and Erte Xiao, embarked on an experiment to see the efficacy of nudging, and note when its effects start to wear off.

They organised the 10,000 steps challenge where a series of surveys were conducted to identify inactive students for participation in the experiment.

This first step of getting students to participate involved the goal-setting theory. The American psychologist and pioneer of goal-setting theory, Edwin Locke observed that having clearly defined goals results in better performance at work.

“Goal setting theory in management and economics literature actually states that if we set goals and the goals are high and achievable it leads to better outcomes,” said Grace.

“We wanted to see if we could nudge students into setting goals because goal setting is proven to be effective in improving performance. The performance that we’re talking about here is walking more steps.”

Students were told to choose from a list that consisted of health, weight loss, peer, fun and challenge, among others as motivating factors for their participation.

Participants were given the MiBand 2, a pedometer to measure the distance they walked each day. They were then asked to share the daily steps they achieved based on data from the pedometer.

The brochure for participation included information on the benefits of walking for health, and how better health translates to better learning and better grades in university.

“From the list of participants, 409 out of 483, or 85% of the students who were given the pedometers were inactive. We asked them questions about their modes of transport. If they walk to the university then they are relatively active. We also asked how often they exercise. In other words, we target the inactive students,” explained Grace.

The students were divided into control and treatment groups. Control groups involved the participation of students without any form of nudging, with no punishment nor rewards for failure or success in walking 10,000 steps daily.

The treatment group, on the other hand, was divided into two groups, the similar peer group and the superior peer group.

Students in similar and superior peer groups were nudged into participating with accompanying information that 80 per cent of their peers with similar step counts as theirs had participated in the challenge.

“The motivation behind this is, we want to see if students are nudged with peer information towards behavioural change through goal settings. Do they internalise the value of the goal or do they simply conform?,” explains Grace.

“If they internalise the value of the goal, it will lead to improved performances. On the other hand, if they simply conform and just sign up, they don't walk or exercise more.”

Non-health reasons were the primary motivators for most of the participants at 63.67%, as opposed to health-related reasons (36.33 per cent). Non-health reasons consist of weight loss, peer, fun and challenge, among others.

“Nudging with similar peer information improves performances only when the students are motivated by health-related reasons. Our regression results confirm that underweight students underperform during the challenge. Being less concerned by their health is supported by other existing studies,” said Grace.

“We find evidence that although nudging leads to a higher sign-up rate for goal-setting, the intervention is ineffective when there is a lack of health-related motivation. People simply conform to goal-setting without internalizing the values of the walking challenge.”

The question “How much do you want it?”, is part of motivational parlance. There are a multitude of factors involved in ensuring success in the field of performance management. However, only motivation driven by internal values can ensure success.

As Grace concludes: “Peer conformity without internalising the value implies that it is ineffective in nudging people even if people engage in the activity. When we nudged students who were inactive into setting a goal for themselves, they may be motivated to participate for various reasons. In the recruitment advertisements, we encourage students to participate in the walking study by citing the health benefits of walking. Therefore, we classify the motivation into ‘health-related motivation’ and ‘non-health-related motivation’. Our results show that nudging can be an effective tool in helping people to internalise the value of the target activity.”

“If nudging is not done right, it may even backfire. If there is no right type of motivation, then there will not be any proper result.”