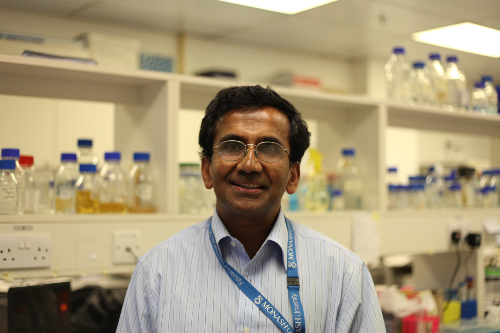 Antibiotic resistance is a global predicament that many of us could face in real-life. Due to antibiotic resistance, we may become infected with germs that cannot be killed by any drugs available. The result could be that the germs end up killing us - a situation faced by our ancestors more than a hundred years ago.

Monash University Malaysia set up a health and demographic surveillance system, the South-East Asia Community Observatory (SEACO), in Segamat to enable researchers to use it as a platform for researchers to analyse current health issues in a real-life setting. Forging deep ties with the Segamat residents has allowed our researchers to obtain vital health information from the community willing to support the research team. According to Professor Sadequr Rahman, Director of the Tropical Medicine and Biology Research Platform, the answers from Segamat could help improve people's health from all over Malaysia and people of nearby countries.

A team of researchers from Monash University Malaysia is researching the types and spread of antibiotic resistance in Segamat. "Antibacterial resistance is a global phenomenon. Pathogens are resisting medications when they are supposed to be killed by them. As a consequence, without intervention, infections could be almost impossible to treat. Diseases caused by bacteria could spread rapidly," said Professor Rahman, who is leading the antibiotic resistance work and working closely with SEACO.

The team has found a widespread occurrence of antibiotic resistance in the feces of people from Segamat, which means there are antibiotic-resistant bacteria in the community's digestive system. This is a typical situation in the region. There was no link to diet or ethnicity, indicating everyone is at risk. The feces are naturally full of bacteria, but the presence of antibiotic resistance in these bacteria could pose a major threat if the bacteria got out of the digestive system and into other parts of the body. If this happens, then the disease caused could be tough to treat.

"The prospect of untreatable antibiotic-resistant bacteria spreading through our bodies is terrifying. However, we can play our part in reducing the chances of this nightmare from happening by completing prescribed courses of antibiotics. This should be one of our New Year Resolutions!" Professor Rahman stated.