Genomics: A shining light of hope 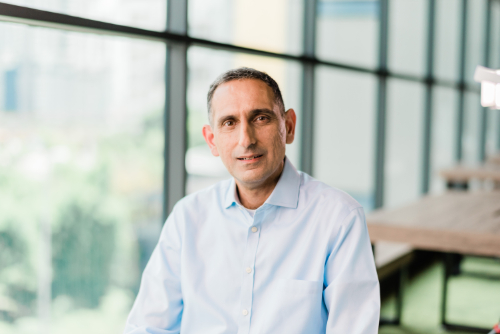 As populations around the world grapple with the new normal wrought by the COVID-19 pandemic, the meteoric rise of genomics could offer a shining light of hope.

Genomics is an area of research which looks at the genetic composition of individuals and species.

“The genetic material in every living individual is made up of chemical structures which are known as nucleic acids. There are two types of nucleic acids, DNA and RNA,” explained Associate Professor Qasim Ayub from the School of Science, Monash University Malaysia.

“All bacterial and complex species, like humans, which have more than one cell, have DNA as basic genetic material. Some viruses have RNA as their genetic material,  like the virus responsible for COVID-19.

Genomic sequencing technology is used to decipher the unique sequence of bases that underlie the genetic makeup of an individual or species. For instance, studying the DNA sequence in an individual with a particular medical condition, such as thalassemia, would help identify the change in the DNA sequence that results in the disease in the first place.

DNA sequencing has been aided significantly by the growth of technology. It once took ten years and approximately US$3 billion to sequence the human genomic DNA. It can now be done in less than a day and for less than US$1,000.

Qasim was a member of the Human Genome Diversity Project (HGDP), which was initiated in the early 1990s by population geneticist Dr Luigi Luca Cavalli-Sforza of Stanford University and Howard Cann at the Centre d’Etude du Polymorphisme Humain (CEPH) in France, to genetically characterise different populations from around the world.

It’s most recent work – published in the March 20 edition of the peer-reviewed academic journal Science – was the sequencing of 929 genomes of 54 diverse populations from around the world. The 929 genomes were sequenced at the Wellcome Sanger Institute near Cambridge. Qasim was part of the Human Evolution Team at this institute.

He said that one of the objectives of the HGDP was “to examine DNA variation in indigenous populations from different parts of the world with different ethnicities, lifestyles and languages that are under threat”.

“What we had in the 1990s were samples that had already been collected, but they mainly came from European populations. At the time there weren’t many samples from indigenous populations from the Asian regions, Papua New Guinea or Native American-Indian groups,” he said. Even now, populations from Central and Southeast Asia are underrepresented in genomics studies.

“The idea was not only to identify the origins of these populations and how they relate to one another but also to identify if they have any disease-causing variations or variations that are of pharmacological significance.”

Qasim, a trained clinician with a PhD in immunology, had laid down the groundwork for HGDP during his time at the Biomedical and Genetic Engineering Laboratories in Pakistan.

“I worked on a project that involved looking at DNA variation of populations in Pakistan. We collected samples from all over the country and initially analysed the Y chromosome, which is the genetic material that sons inherit from their fathers,” added Qasim.

“There was one particularly interesting group in Pakistan’s population who trace their origins to Mongolia. This research was published and received international acclaim. An interesting offshoot of this study was that some of the markers we discovered could be used for forensics analysis.”

The sequencing of the 929 genomes unearthed a large amount of previously undiscovered genetic variations. They also provided pointers as to how the human population around the world diversified, in addition to identifying genetic susceptibility of diseases inherent in certain populations.

“The main conclusion which was reinforced is that modern humans originated in Africa, and then they moved out. This supports the ‘out of Africa’ hypothesis for modern humans which is also supported by fossil and archaeological evidence. There is more genetic diversity in populations in Africa because they are essentially the oldest human population who are still around. The people who moved out of Africa have only a subset of the variations that you find within Africa,” explained Qasim.

Qasim says, trying to understand how different populations across the world are related to each other is essential because humans always want to know their origins and how they dispersed across the globe.

The results of this study are freely available for all researchers who wish to study human genetic diversity. It is also part of a database of sequenced genomes which will have added significance for medical geneticists.

The breadth and depth of genomics are exemplified by its use in various fields, from anthropology, personalised medicine, forensic sciences, conservation and computational biology.

In the US, the skill of a genealogist was instrumental in bringing to justice the suspect who was behind a series of brutal homicides and rape cases, in the Golden State Killer case.

Meanwhile, the head of the UK Biobank told the Financial Times in a recent report that “at some point, it may be possible to measure people’s genetic risk score for their susceptibility to COVID-19”.

The COVID-19 Host Genetics Initiative is aiming to bring together geneticists to study and share data related to the coronavirus. This is an initiative that hopes to see whether there is any variation in modern humans that makes them susceptible to this infectious disease.

As Monash University Malaysia’s Deputy Head of School (Research), School of Science, Qasim says his passion for science is driven by curiosity.

“I have been trying to understand the biological mechanism of diseases and how evolution has shaped our genomes. These are things that I am interested in. Passion for science is what drives me,” said Qasim.

As COVID-19 spreads across the world, it is this sort of curiosity and passion that will be key to the global coronavirus response, and genomics could well hold the key to unlocking the COVID-19 dilemma.