Designing an exoskeleton to assist motion 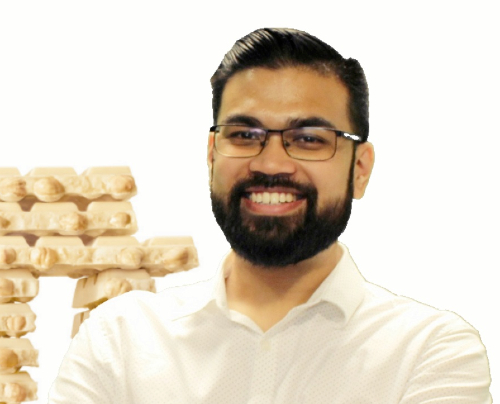 Movement is vital to our body, just as food, water or oxygen. A lack of motion expedites the body's degeneration (both nerve and muscle). However, there are diseases and injuries which have shown to inflict debilitating damage on the human body and significantly change and even limit the body's ability to move.

Diseases like stroke and injuries to the spinal cord often result in reduced mobility and are reported to be among the leading causes of gait impairments worldwide. This leads to a range of secondary medical complications, such as atrophy of the paralysed muscle(s). Atrophy is caused by not using the muscles enough; it increases the risk of injury and complicates the rehabilitation process. The process of recovery (for movement) for stroke/spinal cord injuries begins with a determined mind. It will often involve arduous physiotherapy sessions that not only places stress on the physical body but can sometimes exact a mental toll on patients, as a result of mundane and prolonged rehabilitation sessions - prolonging the period of recovery.

"Currently, if you lose your ability to walk as a result of a stroke, surgery or an injury, you would need to undergo physiotherapy. During the initial stages of physiotherapy, the therapist(s) main target is to guide your legs through the basic motions for walking. The main purpose is to ensure that the communication and control channel between the muscle and the brain is not lost while impeding significant muscle mass loss. To achieve this target, there is a range of solutions ranging from low-tech to high-tech solutions. However, the more advanced forms of physiotherapy technology are generally more expensive," says Dr Alpha Agape Gopalai, Course Coordinator (Mechatronics Engineering) School of Engineering, Monash University Malaysia.

Artificial stimulation of muscles is one such technique where short current pulses are sent to a specific muscle group (electrical stimulation). During this therapy, the targeted muscle group contracts and relaxes according to the predetermined artificial stimulation pattern. This is done mainly to overcome the effects of atrophy. Therapist(s) would need to stick electrode patches on the muscle group(s) of interest for this treatment plan. Depending on the condition of the muscles, patients may be able to observe noticeable muscle contractions (and corresponding motions).

"This gets your muscle firing so that you don't lose your muscle mass. It will make your muscles stronger, and hopefully, in due time, your muscle will be able to hold your bodyweight again," adds Dr Alpha.

"Muscle mass starts to deteriorate very early on, for example, if you remain bed-ridden for two weeks, your muscle mass would most likely begin deteriorating. You could even forget how to walk, as your muscles and brain would need to 'recalibrate' its weight-bearing mechanism. This is why the early stages of physiotherapy focuses on basic motions - to aid with the 'recalibration' process."

However, one of the weaknesses of the artificial stimulation technique revolves around the muscle activation strategy. During the artificial stimulation, most of the muscle fibres in the proximity of the electrode patches will be recruited. This is unlike the natural recruitment strategy, which only activates the necessary class of muscle fibres in relation to the perceived required force.

"If you look at the natural recruitment process, there is a gradient. For example, if you are picking up a tomato, you perceive how much force to exert so that you do not squash it, whereas, in the artificial recruitment process, you would lose your fine motor skills and in this case, you might squash the tomato," explains Dr Alpha.

It is with this in mind that Dr Alpha, together with Saeed Pirbodaghi, PhD student at Monash University Malaysia, invented a device that would measure the force needed to deliver the adequate stimulation to move their limbs. The invented device is currently focussed on the motions of the lower limb.

The device is an exoskeleton which the group refers to as Ambulate Me. Ambulate Me is meant to support the body by sending stimulation signals to the affected muscle group so that the limbs can complete a particular motion. In the event where the recruitment only generates a weak contraction and is unable to complete the motion, as a result of weakened muscles, the exoskeleton is meant to detect this and kick in to complete the intended movement.

"If you look at the consumer market now, some exoskeletons are used to augment motion when you need to exert extra energy to move something. For instance, exoskeletons are being considered for use in the US military when long-distance walking and heavy lifting is involved. Its purpose in this context is to alleviate the load. It takes over the load-bearing function from your role," says Dr Alpha.

"However, what we are doing is, we are not taking away the load-bearing because it is important for rehabilitation. We still want patients to be able to handle load bearing, but in the event, we measure that the patient is unable to sustain the motion/posture, that's when our mechanism kicks in to support the load-bearing."

The Ambulate Me Exoskeleton developed at Monash University Malaysia, on the other hand, comes with sensors at the joints that, when combined with functional electrical stimulation (FES), delivers calculated stimulation signals to the muscles. This combination is what allows users to experience the load-bearing mechanism of their bodies - which goes a long way in their rehabilitation journey. Dr Alpha and Saeed describe the Ambulate Me Exoskeleton as a product that complements the FES treatment.

"When we combine these two systems, we don't need to activate the entire muscle. We send pulses with high enough intensity to get you moving again. When you move and exercise, your muscles are synthesising new proteins and myofibrils (basic unit in a muscle cell), which leads to the building of muscle mass. We provide an initial stimulation to initiate patient motion so that patients feel what it is like to support and balance their bodies when they start walking," says Saeed.

When the effort of a patient is monitored over some time, there should come a period when the patient's reliance on the exoskeleton reduces. The idea is to encourage patients to last longer without being tired out early on during their rehabilitation sessions. To initiate the motion, patients are provided with electrical stimulation so the muscles will contract, causing the legs to move.

"But we don't leave the stimulation on throughout, because if we do that, then the muscles tire out quickly (mainly due to the unnatural muscle recruitment). For example, when a patient starts to walk, we assume you have one foot on the ground. Let's say your left foot is on the ground, so your right foot has to swing before it reaches the ground again and this is when the initial stimulation will stimulate the muscles to (1) initiate right foot swing, and (2) initiate left foot to begin the weight load-bearing mechanism," says Alpha.

Ambulate Me gives an initial trigger for the limbs to move (as much as the current state of its muscle would allow). The embedded sensors then measure how much force has been generated and calculates the remaining trajectory and required torque to complete the motion.

Rehabilitation engineering has always been a passion of Dr Alpha. He has worked to facilitate research/movements towards self-rehabilitation systems. Self-rehabilitation systems provide users and caregivers with the option to bring rehabilitation devices home to perform rehabilitation from the comforts of home while being monitored by practitioners remotely. Patients only need to come for check-ups to review the progress they have been making and any potential updates to the prescribed routine(s). As has been illustrated by the Covid-19 pandemic, health services are often overwhelmed and can only support so much for so long, before it collapses.

For Saeed, this no flash in the pan. The Ambulate Me Exoskeleton means more than just assisting people who have lost mobility to regain their walk.

"If you look at rehab sessions, the motions are all guided by one or in some cases multiple physiotherapists. The assistance given by the therapists is critical as the patients are not able to control their limbs on their own since their neural pathway has been interrupted," explains Saeed.

"So, what happens during the therapy session is that your brain is continuously trying to send nerve impulses to your muscles. And when this repeatedly happens, over time, new neural pathways can be formed. If the whole process is done properly and consistently, the brain will be able to communicate with the muscle once again."