Caesarean delivery or natural birth, breastfed or formula fed – all these may be very personal choices, yet they can have a huge impact on a child’s gut microbiome.

Professor Mark Seielstad said conditions including asthma, allergy, and autoimmune diseases have all had links to early microbiome composition.

“When foreign food is introduced, and when you are exposed to antibiotics, vaccination and infection history – all these contribute to your microorganisms’ diversity, and will have long-lasting health effects,” he said.

The gut microbiome is a vast bacteria community in our digestive tract that is integral to our metabolic system.

The Stanford and Harvard educated Prof Seielstad was speaking at the Sir John Monash Lecture on “Nature and Nurture in the Growing Diabetes Epidemic” at Monash University Malaysia.

His research focuses on the identification of genetic variation contributing to human diseases, such as Type 2 Diabetes and autoimmunity. Diabetes is a metabolic disorder affecting either insulin production or responsiveness, leading to chronic hyperglycemia or high blood glucose. 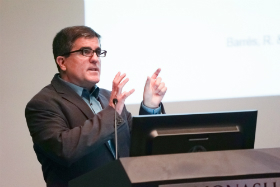 According to Professor Seielstad, more than 90% of diabetic patients are suffering from Type 2 Diabetes.

Over-eating and obesity are major modifiable risk factors. They can exhaust the pancreas with excessive glucose spike after each meal. In Malaysia, diabetes costs 16% of the national healthcare budget.

Prof Seielstad said it is possible to cultivate healthy microbiome that will keep a person lean and non-diabetic.

“You can introduce microbiome into your body by taking probiotics – yogurts and fermented food – and prebiotics, which are chemical nutrients that increases the growth of a particular family of microbiome.”

“Another alternative is to eliminate a particular species or families of bacteria that are harmful, through targeted or intelligent use of antibiotics. Ultimately, fecal transplantation which is used in various gut infection treatments can be performed,” he explained.

Currently, Prof Seielstad is collaborating with his counterparts in the Philippines to design a study to disentangle the effects of genes and the environment. 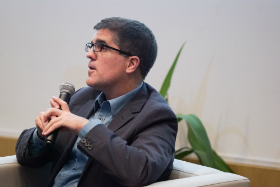 Prof Seielstad said the study will enable researchers to look at people who are genetically similar but living in radically different environments. The research would then show the impacts of genes versus the environment, including microbiome.

“Through the study, we will be able to disentangle the effects of inheritance and environment on complex diseases. It will also add substance to tantalising clues on epigenetic variations and microbiome composition on the aspects of metabolism,” he said.

The talk was organised by Monash University Malaysia as part of the Sir John Monash Lecture, in partnership with the Jeffrey Cheah Distinguished Speakers Series. The Sir John Monash Lectures engages high-profile thought leaders in the spheres of policy-making, corporate and academia to address key issues pertinent to stakeholders around the region.