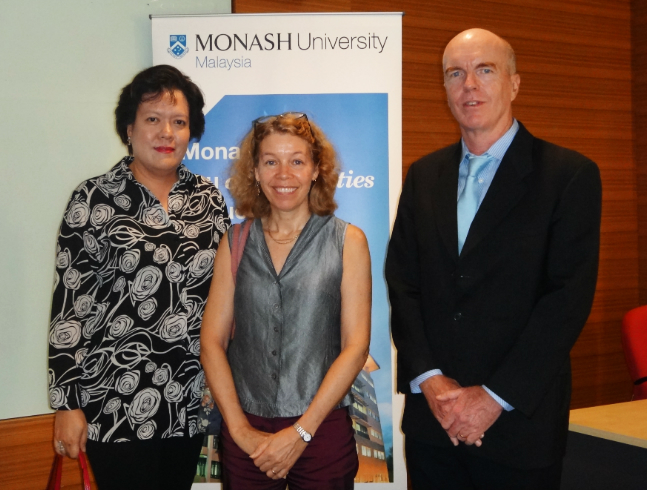 Imagine cramming years of research into 20 slides displayed for 20 seconds each, to be presented in just 6 minutes and 40 seconds.

This is the format for PechaKucha - which means ‘chit chat’ in Japanese. It’s a series of lunchtime talks organised by the Professors Advisory Group (PAG) that kicked off on 8 July. The concise and fast-paced talks introduces to the audience the range of disciplinary areas covered by Monash Malaysia’s academics.

The first speaker, Professor Maude E. Phipps, spoke about professionalism and tips for anyone to succeed in the workplace. Using the acronyms WHIRR CLUB, she highlighted some aspects of professionalism such as reliability, integrity and listening skills. 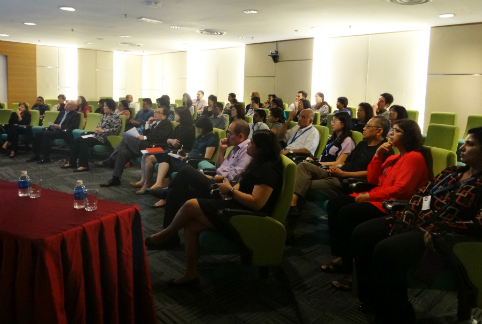 Professor David James Young, the second speaker, talked about his research dealing with right handed and left handed molecules and its purpose in killing resistant bacteria and ‘superbugs’ that have arisen due to improper use of antibiotics. “This approach is about modifying chemical surfaces instead of creating new chemicals, as bacteria can’t grow on new surfaces,” he summed up.

The third speaker, Associate Professor Catherine Yule, shared with the audience about her research on Malaysian and Indonesian peat swamps, stressing its importance to biodiversity and human health. She revealed that more than 50% of Malaysia’s peat forests have been cleared by oil palm and timber industries, and that Indonesia contributes 13% to 40% of global carbon emissions due to peat fires. Dried peat, she added, can burn for years, contributing to the El Nino drought and the haze. “Save the peat forests, save the world!” she concluded.

The talk ended with a Question and Answer session and some thoughts from the floor.

PechaKucha will be held once a month during lunch hours, featuring three speakers each time.