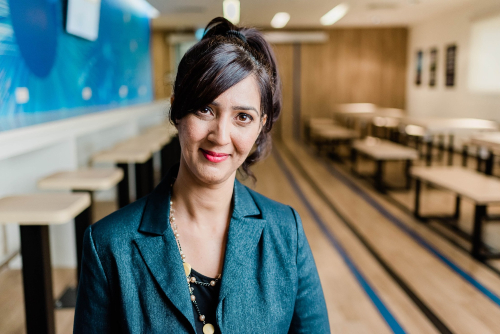 As the world faces the Coronavirus pandemic, it continues to have widespread impact on migrant workers. For migrant workers trapped in this country in dire economic straits, traffickers will find ways to keep them trapped in exploitative, forced labour situations. How this will play out is clear. These migrant workers will take jobs that may be exploitative, informal, with less than minimum wage, with no legal and health protections. One can therefore be sure that they will be even more vulnerable to exploitative labour systems in the wake of this massive, worldwide economic and social disruption.

“This article looks at how the constructed definition of ‘trafficking in person’ under the Anti-Trafficking In Person and Anti-Smuggling of Migrants Act 2007 (ATIPASMA) impacts migrant workers trapped in forced labour situations. Malaysia formulated the ATIPASMA in 2007, with core reference to the Protocol to Prevent, Suppress and Punish Trafficking in Persons, especially Women and Children (Palermo Protocol), which it acceded to on 26 February 2009. The ATIPASMA aims to counter human trafficking on a comprehensive basis. The main themes are threefold; to combat human trafficking by ensuring that traffickers are apprehended, investigated, prosecuted and appropriately punished; to protect and supports victims of trafficking; and to set up legal and administrative mechanisms for the prevention of trafficking,” says School of Business lecturer, Priya Sharma.

Article 3 of the Palermo Protocol provides a definition of ‘trafficking’ which has helped Malaysia in defining the crime. Under the ATIPASMA, ‘trafficking in person’ means ‘all actions involved in acquiring or maintaining the labour or service of a person through coercion, and includes the act of recruiting, conveying, transporting, transferring, harbouring, providing or receiving of a person for the purpose of exploitation. ‘Exploitation’ is defined as ‘all forms of sexual exploitation, forced labour or services, slavery or practices similar to slavery, servitude, any illegal activity or the removal of human organs’.

“There are three aspects to the crime of trafficking in persons. Firstly, there must be acts of acquiring or maintaining the labour or services of a person through the process of ‘recruiting, conveying, transferring, transporting, transferring, harbouring or receiving a person’ (the Act),” Priya added.

Thirdly, the ‘act’ and ‘means’ must have been carried out for the purpose of ‘exploitation’ (the Purpose). ‘Exploitation’ is defined as ‘all forms of sexual exploitation, forced labour or services, slavery or practices similar to slavery, servitude, any illegal activity or the removal of human organs.

According to Priya, the definition limits the crime to situations in which a person is exploited by means of ‘coercion’. This is inconsistent with the Palermo Protocol, which states that trafficking includes not only cases of coercion, but also “of abduction, of fraud, of deception, of the abuse of power or of a position of vulnerability or of the giving or receiving of payments or benefits to achieve the consent of a person having control over another person”. The broader definition is aimed to cover particular cases of child trafficking where adults use their power over children to force them into exploitative work and prevent them from escaping. It is also essential to effectively prosecute traffickers who abuse adult victims by using fear, psychological manipulation and spiraling debt to prevent the victim from seeking help. Although the victims may not be physically restrained, they may be affected by psychological coercion.

“‘Coercion’ as defined by the ATIPASMA is therefore narrow. It is inconsistent with the realities of modern forms of exploitation which include elements of psychological coercion, deception, fraud and abuse of vulnerabilities. It also fails to clearly include psychological coercion, which is a powerful coercive practice.   This is particularly so, where migrant workers trafficked for forced labour into Malaysia, are recruited through deception and fraud. Upon arrival, the fraud continues. They are required to perform arduous and dangerous labour for little pay, often less than promised. Some employers withhold pay entirely and many provide squalid housing to their workers, a factor found by the International Labour Organization (ILO) to be linked to exploitation and forced labour,” Priya elaborated.

As a legal concept, forced labour is not defined in any legislation although it is a form of exploitation criminalized under the ATIPASMA. This is so despite the fact that Malaysia ratified the ILO Convention on Forced Labour 1930 in 1957. The convention defines ‘forced labour’ as  ‘all work or service which is exacted from any person under the menace of any penalty, and for which the said person has not offered himself voluntarily’. Forced labour is specified as an act of compulsion and intimidation and the convention commands all state parties to take the necessary preventative measures to counter this activity.

Notwithstanding the absence of a definition in the ATIPASMA, indicators of forced labour are evident under the Employment Act 2012. These include contract substitution, excessive overtime, withholding of wages, debt bondage, abusive working and living conditions. However, without proper clarification, the understanding and comprehension of forced labour may be limited to extreme cases and fail to show the importance of non-visible indicators, such as psychological intimidation, fraud and deception as the narrowed definition of ‘coercion’ fails to acknowledge that forced labour could occur using abuse of these non-visible indicators.

Due to the onerous burden of proving ‘coercion’ and the absence of a coherent definition of ‘forced labour’, the reality of accessing a remedy for migrant workers trafficked for forced labour under the existing ATIPASMA is arduous. Consequently, these cases fall through the cracks and trafficked migrant workers forced into exploitative working conditions are treated as immigration or industrial dispute cases. The cases are not heard in the special court, which was established specifically to deal with human trafficking offences and the victims are not entitled to protection provided by Part IV of the ATIPASMA.

As such, broadening the ‘means’ element of human trafficking to include more than ‘coercion’ and providing a clear definition of ‘forced labour’ under the ATIPASMA is paramount. The confusion around trafficking, forced labour and sub-standard working conditions as indicators are apparent and will only become more problematic in today’s context. As work dries up during the pandemic, desperation among migrant workers will grow. Working conditions can quickly deteriorate at the hands of unscrupulous employers, resulting in an increase in human trafficking and forced labour situations. The law has to keep up with the times and these concepts have to be clarified, unmistakably identified, illustrated and explicated if it is to a have significant impact on trafficking of migrant workers for forced labour in Malaysia.