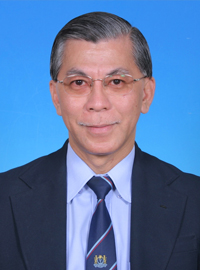 Dr Tan Chow Wei is a senior lecturer at Clinical School Johor Bahru, Monash University Malaysia, specialising in general practice and family medicine. Dr Tan joined Jeffrey Cheah School of Medicine and Health Sciences’ clinical school in Johor Bahru as a fractional senior lecturer ever since it was established in early 2007. He obtained his basic medical degree from the medical faculty of University of Malaya in 1978. Upon obtaining full registration from the Malaysian Medical Council and the General Medical Council UK, he served in various rural and district hospitals before joining the Malaysian Armed Forces as a regimental medical officer and later as a medical registrar of an army hospital. He then left the government service in 1981 and joined a private general practice group in Johor Bahru, Johor. He started as an associate and eventually became a senior partner of Malaysia’s oldest existing medical group, which was established in 1922.

Dr Tan obtained the MCGP and FRACGP diplomas in 1987 and Diploma in Reproductive Medicine in 1990. He became a life member of Academy of Medicine Malaysia in 2005, and has been listed as a family medicine specialist in the National Specialist Register since 2007. Dr Tan has also obtained a graduate certificate in Teaching of Family Medicine awarded by the Academy of Family Physicians of Malaysia in 2009. Besides that, he also obtained a Certificate in Occupational Medicine (C.O.M. Malaysia) in 2010.

Despite his hectic schedule, Dr Tan still finds time to organise and promote CME programs for GPs in Johor Bahru. Riding on his experience in the army, Dr Tan helped to establish the first private medical evacuation team in Malaysia and is currently a director and senior medical advisor to Asia Medevac Services Sdn. Bhd, which has successfully conducted more than 1000 land, sea, and air medical evacuations throughout the world since its establishment in 2010.  He is currently a member of the Board of Visitors of KPJ Johor Specialist Hospital, appointed by the Ministry of Health since 2011. He also serves as medical advisor to a number of NGOs, including Agape Counselling Centre of Malaysia, as part of his contribution to community service.

During the 2004 Asian Tsunami, Dr Tan assembled and led a 10-member self-funded disaster relief team to the Indonesian island of Nias to provide free medical and counselling services.