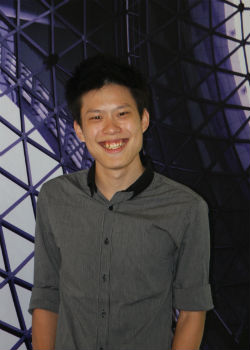 Being the first ever Engineering student of Monash University Malaysia to win the distinguished Sir John Monash Medal for Outstanding Achievement, one does wonder what it took for Nicholas Choo Yoke Sinn to actually achieve that.

His answer was simple, “I have no secret. I just tried my best. But the one thing I learned was to not be embarrassed to ask questions.”

About winning the Sir John Monash Medal, the JPA scholar said, “My family is excited. They know I’ve been working hard on academic and curriculum.”

Producing outstanding academic results in his course is not the only thing he has to be proud of. His resume includes him being the founder of the Malaysian chapter of the Golden Key Society – one of the largest and most respected international honour societies in the world.

The society recognises members who are among the top 15 per cent of their class and offers them scholarships, internships, study abroad programs and opportunities for networking and leadership. It was through this society that Choo had the chance to attend networking conferences in Melbourne and the United States.

While he was studying at the Sunway campus, he was also chosen to attend the International Conference on Information and Automation for Sustainability in China.

He did his industrial attachment at Gamuda-MMC, where he was involved in the work on the company’s MRT and electrified double-track projects. After which, he continued working in the same company, currently as a Systems Engineer.