"My time at Monash helped me add value to my skills – both in writing, and self-esteem." 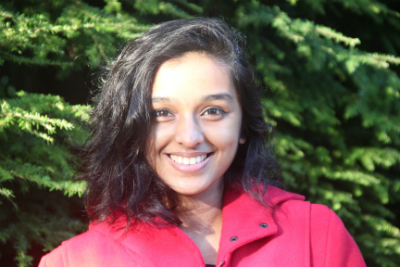 Bachelor of Arts in International Studies and Journalism (2011)

Tell us briefly about your work or role in your current organisation?
I work as an associate producer and board operator for a radio station in Vancouver, Canada. The radio station, Roundhouse Radio, is the first of its kind, in that it’s a start up and has a unique, hyperlocal, Vancouver-only focus. I work on an arts and culture show called Sense of Place, which looks at questions of identity, belonging and even creative serendipity in Vancouver!

How has your study in Monash Malaysia helped to prepare you for the working world?
Monash Malaysia helped shape me as an adult. It gave me what I needed the most – confidence and the belief that I was good enough to go out and take the world by storm, and that if I put my mind to it, all opportunities were accessible.

While at Monash what type of opportunities did you participate in?
I was quite heavily involved in as many co-curricular activities I could get my hands on, because I loved the flurry of activity. I was a part of everything from the debating club to the editorial board and even the international student government, MUISS as their publicity officer.

When you were choosing a course and a university did you have a clear picture of your future (and if so what was it)?
I didn’t have a clear picture of anything when I started my first year at Monash – let alone have my future planned out. I was nerve-wrecked and utterly afraid that I wouldn’t fit in, not be able to do well academically and I was completely daunted by the premises – walking in on your first day to an edifice as imposing as Monash’s does something to your knees. But I’m glad I made it through, and with the support of some excellent professors and great peers, I fit in in no time.

How did that change (or reconfirmed) during your experience at Monash?
My time at Monash helped me add value to my skills – both in writing, and self-esteem. I was much more confident in my ability to present myself to the outside, ‘adult’ world, much happier and satisfied. I’d be remiss if I didn’t mention that despite going on to do another degree at another institution, it is Monash that I think of as my alma mater and the place I owe all my loyalty to. I wouldn’t be half the person I am today if I hadn’t had the opportunity to meet my professors and my friends.

Whilst at Monash, did you have any industry exposure/placements? How has it made a difference to your own life or the life of others around you?  Did it consolidate what you have learnt from your undergraduate course?
I didn’t get officially placed by Monash for any internships, but I was able to secure an internship at CNBC India, where I later became an assistant producer for a show which looked at the intersections of technology and society.While at Monash, I joined the debating club, which was incidentally the first club of its kind at the time at the university. In our first few months of existing, my peers and I managed to not only compete, but win the National Debate Championship Award, which gave me immense happiness and joy. endeavours much after I left the school, and that love and warmth is not something that can be replaced.

What was it about Monash that made you select this university in the first place?
I chose Monash because I understood that it was the best private university around. It followed standards unlike other universities in Malaysia and I was extremely happy to see that a program which focused on students and one-on-one attention existed, with world-class educators [yay SASS].

What do you love most about your student life at Monash?
What I loved most about student life was the fact that almost everyone, while ensconced within their particular groups and cliques, would still be open to socialising and hanging out with people from other groups, places and nationalities. There was a real sense of ‘muhibbah’ which I’ve now come to realise, is rather unique and amazing. I couldn’t have asked for better memories from one of the places I’ve come to associate as home in Malaysia.